since our country slipped into recession in 2008.  On any given Sunday morning, foreign aid is likely to come up and be debated by the talking heads on the panels of This Week, Meet the Press, Fox News, and others.  One argument is that if we are in such sad shape economically, why are we giving so much money away and not using it to improve our economic situation here at home.  If our country isn’t healthy, how can we continue to help so many around the world?  Another argument is why give billions to countries that hate us,  and even would like to do us harm?  The government says we need to be generous with our aid to help present and future allies to improve our standing in the world.  Of course, everyone debates how badly one party or the other handles and/or wastes our foreign aid dollars.

I have an opinion about the amount we give to other nations. I say we should consider taking five percent of our foreign aid dollars and repurpose them in the form of an investment for the benefit of the entire world.  Would it really be a major problem if we reduced our gifts to other countries by 5%, a nickel on the dollar?

Every county around the world has been affected by cancer and spend huge amounts of money to treat it.  Most of them depend on us and other developed nations to research and provide diagnostics and therapies because they can’t afford to do any research themselves.  Five percent of the foreign aid we give to other countries would amount to $2.55 billion that could be used as an investment that

would benefit every country on this planet.  In 2020 our National Cancer Institute spent about $6.83 billion on cancer research. All of our politicians agree NCI needs more and would like to give it to them, but can’t agree on a source  for the needed funds. Politicians debate on spending cuts from other areas or dreaded tax increases.  Imagine if we could increase cancer research 40% without spending an extra dime!

If we reduced foreign aid by only five percent, we could increase cancer research by nearly 40 percent!  An extra $2.5 billion going into cancer research would allow us to revitalize our 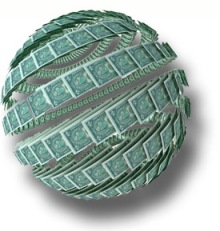 battered and bruised medical research industry and bring it back to being the best in the world. Every dollar spent in medical research adds fifty dollars back into the economy. As a result, over $100 billion going back into our economy would mean more people would have employment opportunities. More people being employed translates into more revenue for our government. More revenue coming in means that we have a better chance to pay down the deficit faster.  Our nation could greatly improve it’s economic health with this stimulus.

All these benefits and we haven’t even talked about what it would do for cancer! In the world of cancer research we could make real investments in genome sequencing, precision

medicine and  immunotherapy research which is not as toxic as chemotherapy and radiation.  Childhood cancer could become the highest priority in medical research just as HIV/AIDS did in the 90’s. We’ve already seen where advances in pediatric cancer research have benefited adults.  If we can improve children’s cancer, it will benefit more adults than  children.  For once, we will be able to concentrate on such cancers as DIPG, Medulloblastoma, Neuroblastoma and others that are on the low, low end of the survival scale.

Maybe, just maybe, we can make this investment work and return to the world a cure for cancer.  I’ll ask you, “What better gift could we possibly give ourselves, our children  and our neighbors around the world, than a cure for cancer?”

1 Response to Turn Foreign Aid into Cures for Cancer