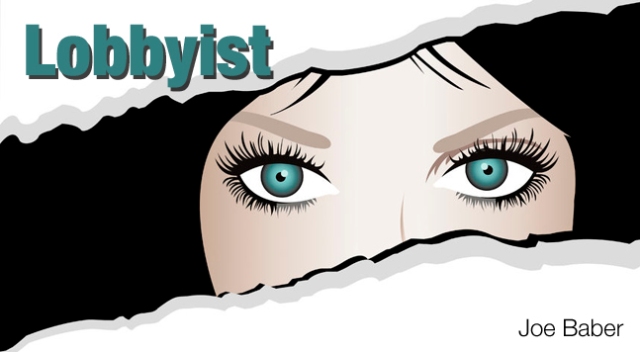 Lobbyist… There, I said it! For me, it’s very difficult saying the “L” word. It never has felt good rolling around in my mouth, banging up against my molars and sliding out between my tight lips. I have always hated that word.  I think it even rhymes with the word, “corruption.” Oh, I don’t exactly know why, I can’t give you a single reason, but I do know that in my 50 years of business experience I never had a high regard for them. I can’t remember ever hearing about a good lobbyist.

After making several trips to Washington on behalf of my favorite childhood cancer organization, and talking to politicians on the “Hill,” making appointments, getting the run around, and a host of other obstacles, I had an experience that totally changed my mind.

The last time I visited Capitol Hill, I worked with my daughter and one of her potential “business partners” who happened to have an office in DC near the Congressional offices.  Mary (I changed her name to protect her identity), met us at her office early in the morning. I liked her business-like demeanor right away. We discussed all the meetings we would be having with the Representatives over coffee where I learned that she had a child who was a cancer survivor, then off we went! It was like a whirlwind! We walked and covered the Cannon Building, The Longworth Building, The Rayburn Building and the Capitol Building and met with 7 different offices. All the meetings went well and we accomplished more than I ever expected. Mary was the reason it all went so well. She had everything lined up and knew all the ins and outs of maneuvering through the halls and back ways of Congress. Every move seemed to be orchestrated.

On my way home, it dawned on me that Mary, my daughter’s “business associate” who whisked us through Congress so easily, was too good to be true, she had to be some type of undercover lobbyist and I never saw it coming! She never acted like a lobbyist.  She was bright and cheery, not dark and sleazy.  She was pleasant and everyone we met knew and respected her. They even acted like they enjoyed seeing her.  Can you believe it? I think we were working with a lobbyist and I never realized it!

I asked my daughter if she knew and she sheepishly smiled and said yes. Knowing how I felt about the “L” word, she explained that Mary was sort of a lobbyist and that she had set all the appointments for us and that without her we would never been able to do what we did that day. She went on to say that Mary had previously worked for a Congressman and a Senator and spent years on the hill.

Since then, I started looking at lobbyists in a different light. I discovered that some of the largest hospitals and charities spend hundreds of thousands on lobbyists. The National Association of Children’s Hospitals spent over 3.1 million dollars on them last year while CHOP (Children’s Hospital of Philadelphia) and Nationwide Children’s Hospital each spent over $400,000. I’m sure it’s safe to assume that most of this money was spent to improve the various institutions and not for childhood cancer. Nothing is wrong with that. We want the best hospitals we can get, right? I also learned that the National Breast Cancer Coalition and Susan G Komen For The Cure together in 2011 spent over 1.2 million dollars on lobbyists and I think we can all see where they have benefitted from their investment. FYI, did you know that the Defense Department funds a large amount of breast cancer research? This year alone the DOD will spend $120 million on breast cancer.

In order to show up in the government reports, an organization must spend $10,000 or more in lobbying efforts. In my investigations, I could not find any strictly childhood cancer organizations (St. Baldricks, Alex’s Lemonade Stand, Ronan Thompson, etc.) last year that spent anything  on lobbyists.   If he were here, TV’s Dr. Phil has a famous line that he would insert into this conversation about now, “So, how’s that workin’ for ya?”  Well,  Dr. Phil, it’s not working!

No wonder it’s so difficult to get legislation introduced for childhood cancer and even more difficult to get it passed!  Our community is not competitive compared to other groups seeking help from the Federal government.

We need to find a way to lobby for childhood cancer issues and legislation.

First, we need to have a way to pay a professional lobbyist either through a co-op, coalition, PAC or some other way.  Relying on volunteers to do our lobbying as we have done in the past is just not going to work. The intentions are great, and we need to keep doing it, but we also need to be represented there day in and day out. Two or three times a year will not cut it.

Third, we need someone who has a vested interest.  Ideally, like Mary, we should have someone who has lived the painful  journey of having a child with cancer or losing one because of it.  We need someone that can be recognized as the voice of our children. That person would have enough passion to spread the fire through the halls of Congress until something is done. 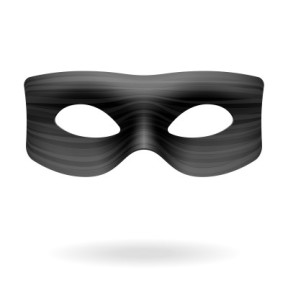 I firmly believe that until we fill this void, we will continue to get less than 4% of the NCI budget for research, we never will have a Pediatric Oncologist on the Board of the National Cancer Institute, and our legislation will languish and die just like the way the Carolyn Pryce Walker Conquer Childhood Cancer Act of 2008 died so quickly in appropriations in 2009.

Where is our Lone Ranger? We need to be rescued, and soon!

Hmmm…   I wonder if Jonathan Agin owns a horse?

Editor’s Note: Not much has changed it the ten months since this piece was written. Without the help of any type of professional lobbyist, the Gabriella Miller Kids First Research Act passed the House, Senate and was signed by the President, but the bill passed by getting various organizations from all corners of the pediatric universe to write and call their Senators and Representatives. This takes time and energy away from various organization’s normal missions to accomplish such a feat. Now, we are trying to get it appropriated and we still do not have a professional lobbyist.  If ever we needed someone as our professional lobbyist to  get inside and work the politics and  get this appropriated, it is now!  We find ourselves still…Looking for our Lone Ranger.