Skin in the Game: Childhood cancer advocate (www.jonathanagin.com) in Washington, DC. He is married to Neely Agin and is the father of Alexis, Gabriel Agin and Trevor Agin. Alexis was diagnosed in April 2008 with a tumor in her brainstem and battled for 33 months before passing away on January 14, 2011. Mr. Agin, along with his wife, run a Washington, DC chapter of a pediatric brain cancer foundation. In his spare time, Jonathan runs marathons and participates in triathlons. 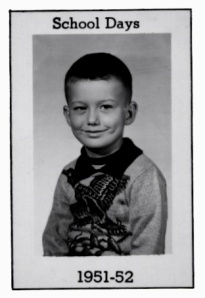 Skin in the Game:  My grandson is a 11 year survivor of high risk neuroblastoma. I retired hoping to be able to help increase awareness of cancer in children, adolescents and young adults.

Skin in the Game:  My son is a eleven year survivor of high risk neuroblastoma.  After 20 years in cancer research, I co-founded TNCI  (The Nicholas Conor Institute) to bring, through collaboration,  faster and better cancer therapies and diagnostics to children, adolescents and young adults.

Skin in the Game: Through volunteering at my local children’s hospital since 8th grade I have met countless little warriors, some of which who have lost their battle. I fight for them because they are no longer here to fight. 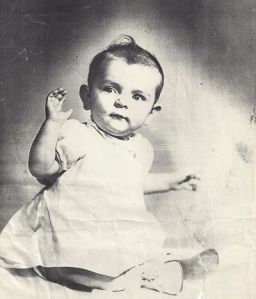 Skin in the Game: Our grandson, Declan Carmical, was diagnosed with a rare form of cancer pediatric cancer, AT/RT (atypical teratoid rhabdoid tumor) when he was 6 months old. We were told that due to the lack of research there were no cures, no treatments, no protocols and he was terminal on diagnosis. Declan died 8 days before his 1st birthday. We were ignorant about the reality of childhood cancer, I believe it is unacceptable to discount the thousands of kids that die each and every year, and the tens of thousands that suffer long term impacts of treatments due to decisions made about what to fund, calling childhood cancer rare. Childhood cancer research is vastly and consistently underfunded and deserves to be a national priority. Our children deserve better and I will fight for more research funding to give cures and hope to kids like Declan in the future.

Skin in the Game: Physical Education Teacher of a child with leukemia

Skin in the Game: My daughter Olivia was diagnosed at age 7 with Ewing’s Sarcoma. She died when she was 10, in 2005. She was a beautiful, vibrant child. Together with my wife Cynthia and daughter Anna, I continue to fight in Olivia’s name for more effective treatments for pediatric cancer.

Skin in the Game: When I was nine years old, my 16 month old brother Conor was diagnosed with Neuroblastoma. My mother, a cancer researcher at the Salk Institute  established the The Nicholas Conor Institute to bring new promising treatments, therapies and diagnostics into clinics for pediatric cancer.

Occupation: Education. I am a mother, a teacher, a daughter, a sister, an aunt, and a friend. My life has been richly blessed by the little boy I adopted from Ethiopia this last year.

Skin in the Game:  18 months ago (tomorrow, September 2, actually) my best friend of 24 years and her husband heard the words no parent ever wants to hear, “Your child has a tumor and we believe it is cancer.”

Occupation: Momcologist*, Executive Director of the Carson Leslie Foundation  who’s mission is to raise funds for innovative childhood cancer research & enrich the lives of teens teens in the battle.

Skin in the Game:  Annette’s son died of brain cancer.  Today, she is a sought after speaker who relates her son’s valiant and courageous battle with an amazing story of the choice of overcoming & carrying on. A graduate of Southwest Texas State University with a BS in Journalism and Speech Communication with a teaching certificate, she is a co-author of Carry Me, a journal of her son’s valiant fight for life.  Leslie is also a talented photographer and resides in Dallas, TX 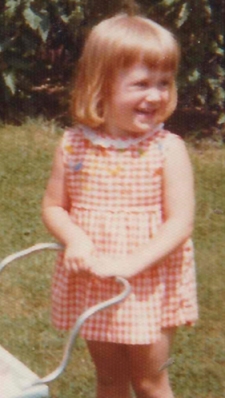 Skin in the Game: I have 2 young (and, to date, healthy) daughters but lost my mom in 2009 after a 9-month battle with an extremely rare and aggressive gynecologic cancer/sarcoma.  I endured the challenges of being the primary caregiver to my mom and my first born, who had celebrated her first birthday 1 week before the first suspicion that my mom might have cancer.  I have joined the childhood cancer community to honor my mom and my daughters, with hopes of offering knowledge and support to those with a loved one who is battling cancer. 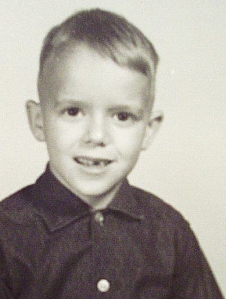 Occupation: Aviation cleaner. Founder of the 3/32 Foundation. Co-Founder of Motorsports Go Gold with Joe Baber, member of the Coalition Against Childhood Cancer.

Skin in the Game: Married to Pebble Puryear, no children. Joined the childhood cancer fight because of two young people in our community, who lost their lives to cancer, Meme Brown in 2012 at age 21 and Austin Macemore in 2013 at age 19. They attended the same high school and both had their jersey numbers retired! The inspiration behind the 3/32 Foundation, Austin wore No. 3 and Meme No. 32! Our goal, while carrying on the fight in their memory, is to work with other organizations

and individuals, raising awareness about the lack of research funding and the need for less toxic treatments.

Skin in the Game:  My son, Ryan, died of AML, Acute Myeloid Leukemia.   We have founded Ryan’s Battle Buddies to  be able to help military children affected by pediatric cancer their families all around the world . 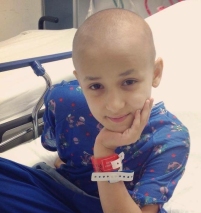 Skin in the Game: I have been fighting Ewing’s Sarcoma for over two years. Because of my treatments to cure my cancer, I will be forever watching for side effects and taking preventative measures.

Skin in the Game: I spent over 29 years caring for kids with cancer as an RN.  I am an active volunteer with CURE Childhood Cancer Association (Rochester, NY), Camp Good Days and Special Times, Make a Wish Western New York, and St. Baldrick’s.

Occupation: I have been an educator for 18 years. I have taught in Hawaii, Japan, and Colorado. I am currently teaching in Oregon.

Skin in the Game: After my daughter Nathalie was diagnosed two years ago, at age 13, with a rare sarcoma (Alveloar Soft Part Sarcoma), I have been researching and advocating for Nathalie and others like her who face barriers to treatment.

to be the mother to three beautiful children, who never cease to amaze me with their integrity and compassion and love for life.

Skin in the Game:  I am a dreamer, a pilgrim trying to live the questions , and above all a mommy on a mission to raise awareness for pediatric cancer funding. Since my son’s journey with Stage IV Ewing Sarcoma in 2013, our family has come to learn about the lack of knowledge about the reality of pediatric cancer funding and research, especially for the rare cancers. In our humble attempt, to “be the change” our family, inspired by our son, have started the Faris D Virani Ewing Sarcoma Center at Texas Children’s Hospital. This center is the first of its kind in our country to immerse itself in translational research and be a destination for families with Ewing Sarcoma. Above all, we hope the center will not only be a center of excellence but be a beacon of hope for families. We are now part of the circle of love and hope and prayer for all children affected by cancer.

Skin in the Game:  My initiation into the Childhood Cancer community began August 10, 2007 with the words no parent should have to hear… “Your son has Leukemia”. My only son, Caleb, was 3 years old and diagnosed with Hypodyploid Leukemia which is very high risk, with only about a 15% success rate. The treatment that was offered failed my son. Caleb passed just 11 short days after his 4th birthday (3-28-08). My wife, Monique and I continue the fight against Childhood Cancer.  We are dedicated to directly fund local families aiding in the financial challenges that come with having a child with cancer, we also aim to raise awareness for childhood cancer which includes advocating for children with cancer both locally and in our nations Capitol. 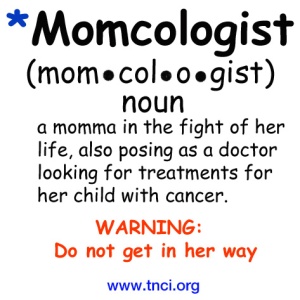